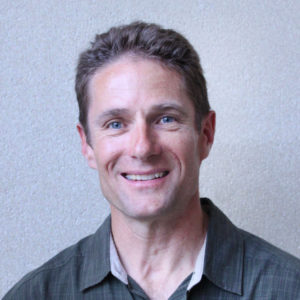 Tim Hacker completed his PhD at the University of Wisconsin-Madison in 1996 in Exercise Physiology under the direction of A. James Liedtke developing swine models of cardiac hibernation and stunning. Next, he joined the faculty at Concordia University in Wisconsin to help create a new school of Physical Therapy. He returned to UW-Madison in 2000 to join the Cardiovascular Research Core Lab.

His work at the Cardiovascular Research Core Lab facility provides researchers with surgical models of disease as well as non-invasive imaging and invasive physiologic monitoring of the disease process.  Dr. Hacker has established cardiac disease models in mice, rats, rabbits, pigs, dogs and primates.  Currently, the facility is conducting studies focusing on cell delivery devices and targeting, cell tracking, heart failure, arrhythmias, gene, drug and cell therapy and other cardiovascular diseases.  His work examining defects in the lamin protein have led to a phase I clinical trial starting in 2014 to test a drug which slows or even reverses heart failure associated with lamin mutations.

MY CONTRIBUTION TO SCIENCE

1. Establishment of a mouse myocardial infarction (MI) model was required to test the regenerative potential of stem cells. A stumbling block to the MI model is the variability in MI size between mice.  I carefully casted the vascular anatomy of mouse hearts to determine the cause of the variability (a).  This helped us to refine our technique and then to test stem cell therapies in this model using fewer animals.  We have also used this model to test methods of cell delivery and retention.

2. Clinicians noted in patients after restoration of blood flow following short bouts of ischemia, myocardial function remained depressed. They termed this myocardial stunning.  In other cases of reduced blood flow to the cardiac muscle, myocardial function was also depressed (reduced function seemed to match the reduced blood flow), but when blood flow was restored, function improved.  This was termed myocardial hibernation.  In both cases, there was no tissue death.  I worked to develop and characterize swine models of myocardial stunning and hibernation.  We discovered a reliance on glucose metabolism during these states of stunning and hibernation.  This work provided additional evidence for the effectiveness of glucose and insulin infusions during and after cardiac interventions.

b. Liedtke AJ, Hacker TA, Renstrom B, and Nellis SH. Anaplerotic effects of propionate on oxidations of acetate and long-chain fatty acids. The American journal of physiology 270: H2197-2203, 1996.

3. In order to fully characterize pulmonary hypertension in animal models, right ventricular (RV) function needs to be measured. I created methods to validate and simultaneously measure pressure and volume in the RV of a mouse. This had not been previously done anywhere in the world.  I have also designed equipment and methods to measure pulmonary vascular impedance in mice using simultaneous ultrasound and pressure measurements.  These methods have led to a more complete phenotyping of mouse pulmonary hypertension models.  These models have helped to define the time point from adaptive remodeling in the RV to when the heart begins to fail and the role of estrogen’s protective effect in pulmonary hypertension.

4. One of the missions of the Cardiovascular Core lab is to create animal models for device testing. Extraordinary attention to detail is required to provide animal models that accurately mimic the conditions under which the device will be employed.  I have provided real-world testing conditions in animal models to help reduce x-ray doses and to create accurate 3-D catheter tracking methods using 2-D fluoroscopy.  In these cases, physiology, cardiac hemodynamics and disease conditions must be manipulated both acutely and chronically to be able to comprehensively develop these devices/methods.  Animal models to test devices/methods were successfully delivered in 10 published papers, four of which appear below.

5. In order to assess disease progression, mouse phenotypes, treatment efficacy and so on, serial non-invasive imaging must be used. A successful application of a Shared Instrumentation Grant delivered a small animal ultrasound machine (Vevo 770) to my core lab.  Ultrasound imaging is in daily use in our lab for everything from mouse phenotyping of transgenic animals, to documenting alterations in cardiac structure in chick embryos, to assessing aging changes in rats and to image guided injections of stem cells.  I have imaged well over 5000 different animals which have lead to numerous publications.  Non-invasive imaging has been instrumental in reducing animal numbers in our experiments providing strong data and cost savings.